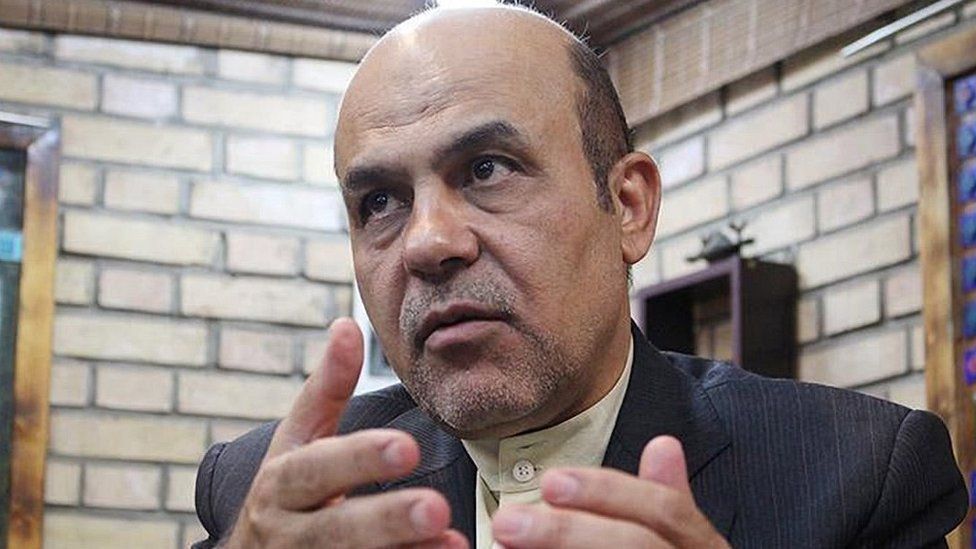 British-Iranian dual national Alireza Akbari, who was sentenced to death in Iran, has been executed.

Mr Akbari’s family had been asked to go to his prison for a “final visit” on Wednesday and his wife said he had been moved to solitary confinement.

The ex-deputy Iranian defence minister was arrested in 2019 and convicted of spying for the UK, which he denied.

UK Prime Minister Rishi Sunak said the execution was a “callous and cowardly act, carried out by a barbaric regime”.

Iran’s rulers had “no respect for the human rights of their own people” Mr Sunak said, adding that his thoughts were “with Alireza’s friends and family”.

The Iranian judiciary’s official news outlet Mizan reported on Saturday that Alireza Akbari had been hanged, without specifying the date when the execution took place.

The news came after Iran posted a video of Mr Akbari earlier this week showing what appeared to be forced confessions, and after the country’s intelligence ministry had described the British-Iranian as “one of the most important agents of the British intelligence service in Iran”.

However BBC Persian broadcast an audio message on Wednesday from Mr Akbari in which he said he had been tortured and forced to confess on camera to crimes he did not commit.
The United States had also joined calls for Iran not to execute Mr Akbari. US diplomat Vedant Patel said “his execution would be unconscionable” and condemned the charges against him as “politically motivated”.

The UK Foreign Office has been supporting Mr Akbari’s family and had repeatedly raised his case with Iranian authorities. It had requested urgent consular access, but Iran’s government does not recognise dual nationality for Iranians.

‘Tortured for 3,500 hours’
In Mr Akbari’s audio message he said that he was living abroad a few years ago when he was invited to visit Iran at the request of a top Iranian diplomat who was involved in nuclear talks with world powers.

Once there, he adds, he was accused of obtaining top secret intelligence from the secretary of Iran’s Supreme National Security Council, Ali Shamkhani, “in exchange for a bottle of perfume and a shirt”.

Mr Akbari alleged that he was “interrogated and tortured” by intelligence agents “for more than 3,500 hours”.

“By using physiological and psychological methods, they broke my will, drove me to madness and forced me to do whatever they wanted,” he said. “By the force of gun and death threats they made me confess to false and corrupt claims.”

He also accused Iran of seeking “to take revenge on the UK by executing me”.

Hours after the audio message was broadcast, the Mizan news agency confirmed for the first time that Mr Akbari had been found guilty of espionage, and that the Supreme Court had rejected his appeal.

Ties between the UK and Iran have deteriorated in recent months since the UK imposed sanctions on Iran’s morality police and other top security figures, in response to the country’s violent crackdown on anti-government protesters.

Iran has arrested dozens of Iranians with dual nationality or foreign permanent residency in recent years, mostly on spying and national security charges.

British-Iranian citizens Nazanin Zaghari-Ratcliffe and Anoosheh Ashoori were released and allowed to leave Iran last year after the UK settled a longstanding debt owed to Iran.

However, at least two other British-Iranians remain in detention, including Morad Tahbaz, who also holds US citizenship.