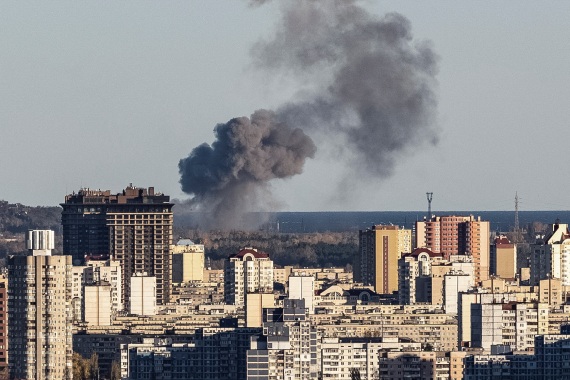 Explosions on Monday rocked multiple cities across Ukraine, including missile strikes on the capital Kyiv for the first time in months, hours after Russian President Vladimir Putin called a Saturday explosion on the huge bridge connecting Russia to its annexed territory of Crimea a “terrorist act” masterminded by Ukrainian special services.

At least eight people were killed and 24 were injured in just one of the Kyiv strikes, according to preliminary information, said Rostyslav Smirnov, an adviser to the Ukrainian ministry of internal affairs.

Blasts were reported in the city’s Shevchenko district, a large area in the center of Kyiv that includes the historic old town as well as several government offices, Mayor Vitali Klitschko said.

Lesia Vasylenko, a member of Ukraine’s parliament, posted a photo on Twitter showing that at least one explosion occurred near the main building of the Kyiv National University in central Kyiv.

After the first early morning strikes in Kyiv, more loud explosions were heard later in the morning in an intensification of Russia’s attack that could spell a major escalation in the war.

Associated Press journalists in the center of Dnipro city saw the bodies of multiple people killed at an industrial site on the city’s outskirts. Windows in the area had been blown out and glass littered the street. 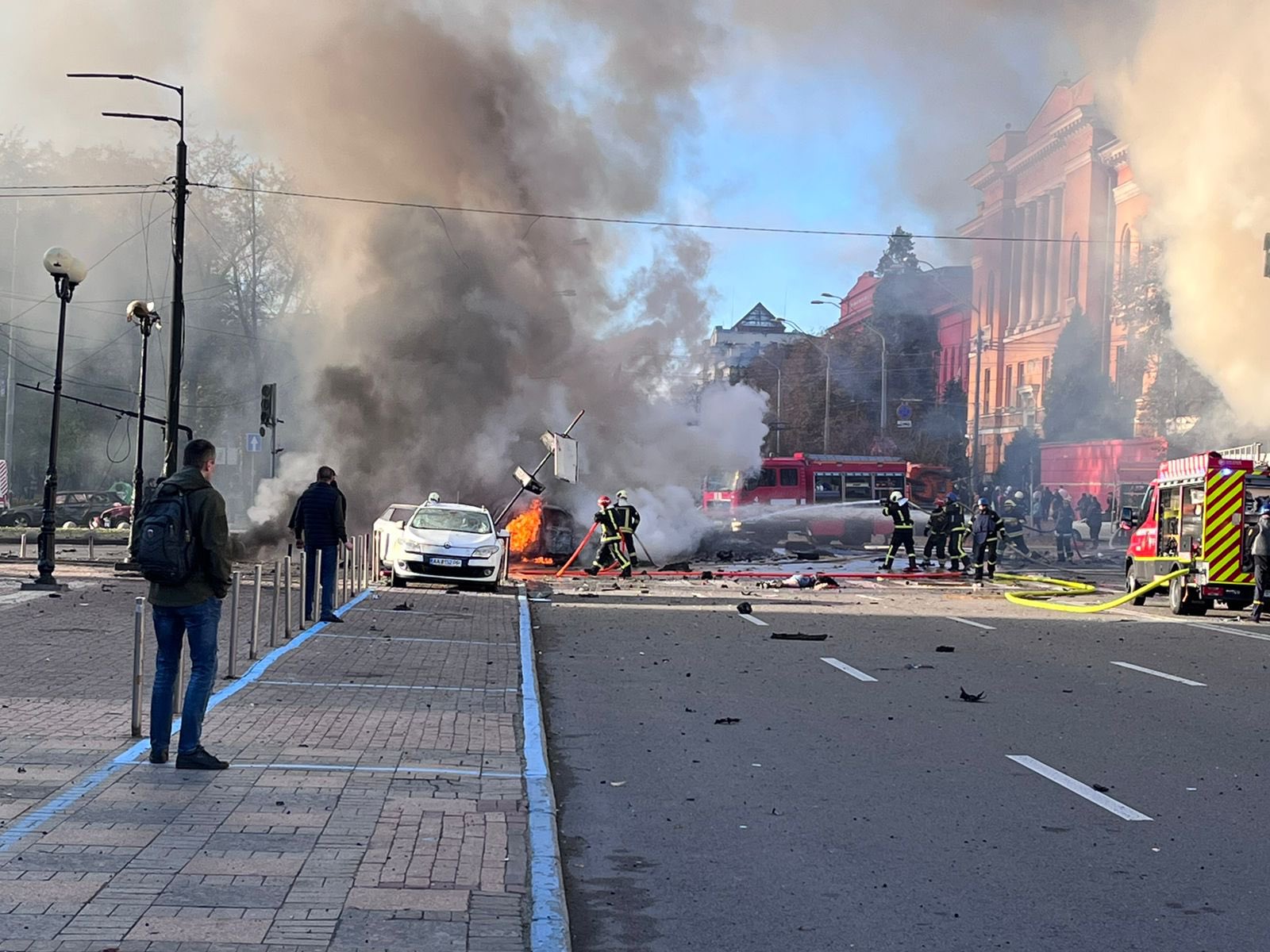 King Charles to address a nation in mourning