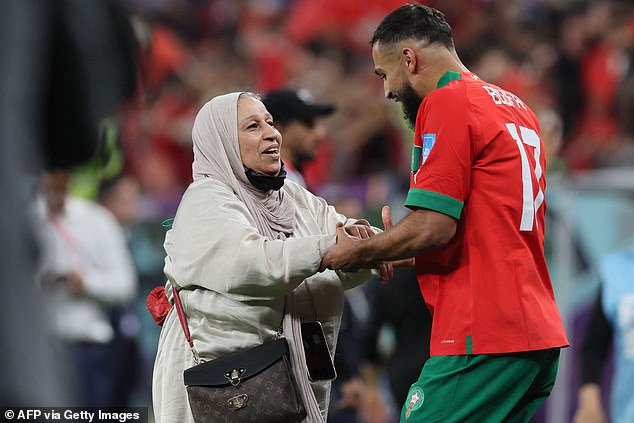 It was 7.57pm in Qatar, just before 6pm in Casablanca, when Facundo Tello blew the final whistle, delivering a delirious signal for the men on the sideline to finally let loose and stream on to the pitch, and for those who were already there to collapse on to the floor. They had done it, these Atlas Lions. Legends now, the roar tore right through everyone here and way, way beyond. History is made and it is made of this. Morocco are the first African team to make it to a World Cup semi-final.

Azzedine Ounahi shows his delight after the final whistle.
Azzedine Ounahi helps Morocco make the impossible a vivid reality
Read more
Walid Regragui’s team have faced Belgium, Croatia, Spain and now Portugal, but they are made of granite. None could tumble them, the task before France now. In eight and a half hours of football – plus three penalties in a shootout – no opposition player has scored against them: the only time they conceded they scored it themselves, a freak own goal against Canada. Here, Portugal fielded the forward who scored a hat-trick against Switzerland and then asked Cristiano Ronaldo to rescue them from the bench, to no avail. Ronaldo disappeared down the tunnel in tears. This may be his last match.
It will not be Morocco’s. Ronaldo got one chance in the 91st minute, his moment seemingly arriving right on time, but Bono saved, as he has so often. Pepe got an even clearer one but his close-range header somehow flashed past a post in the 97th minute, a kind of scream accompanying the ball as it went, and Morocco wrote another page of this story – even without the substitute Walid Cheddira, who was sent off in the final minutes.

Resisting is something Morocco do so well but do not think it is all they do: this is a team worthy of their place in the semi-final and in history, as well as the wild scenes that accompanied the end here. Ultimately one goal was enough, yet the simplicity of that statement should not suggest that Youssef En-Nesyri’s header in the 42nd minute was all there was. The myth of Morocco’s defensiveness should be laid to rest.