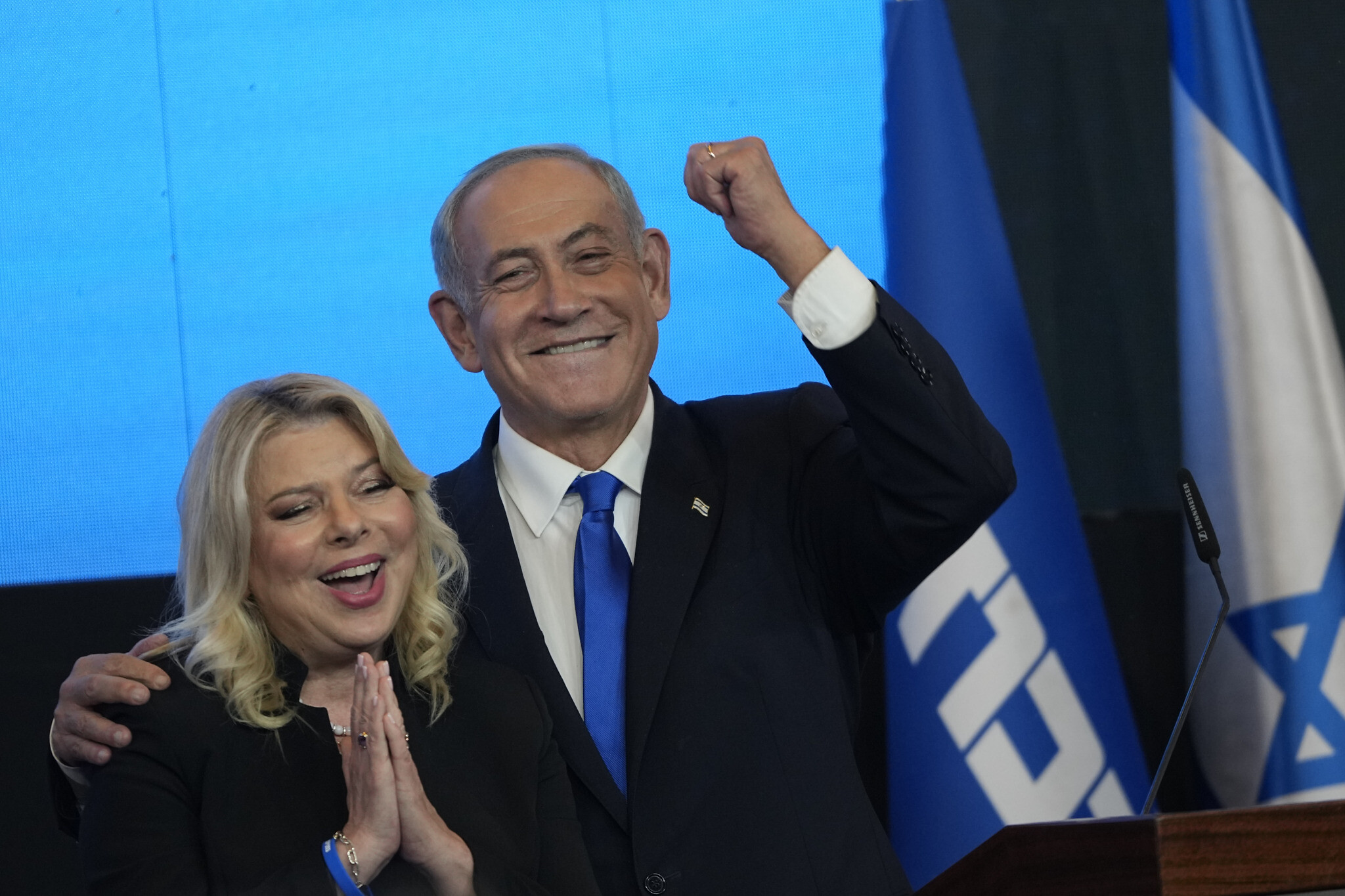 His Likud party led Israel’s legislative elections on Tuesday night, but uncertainty hangs over its ability to form a government with allies from religious parties and the far right.

According to the polls carried out by three major Israeli TV channels, Netanyahu’s party secured 30 or 31 seats in the parliament, out of a possible 120.

This put them ahead of the outgoing Prime Minister Yair Lapid’s Yesh Atid party, which looks set to win between 22 and 24 seats.

The far-right ‘Religious Zionism’ alliance of Bezalel Smotrich and Itamar Ben Gvir could emerge with 14 seats, with the centre-right party of ex-army chief Benny Gantz bagging 11 to 13 seats.

A total of nine parties are running in the vote.

Together with his allies on the religious right, Netanyahu would have a majority. But these outcomes could change when the official results are announced. Much depends on the seats won by the smaller parties.

In Israel’s proportional voting system, electoral hopefuls must obtain at least 3.25% of the votes to enter Parliament with a minimum of four seats.

This is a particularly critical condition for the parties of Israel’s Arab minority.

In 2020, Arab parties, hostile to Netanyahu’s right-wing bloc, won a record 15 seats after a vigorous campaign under one banner.

But this time, they stood separately under three lists: Raam, Hadash-Taal (secular) and Balad (nationalist).

According to the exit polls, the Raam and Hadash-Taal parties should pass the 3.25% threshold, while the Balad formation is flirting with this minimum.

If reached, it would remove seats from Netanyahu’s bloc, jeopardising its chances of forming a government.

UK to spend at least $2.63 billion on Ukraine war