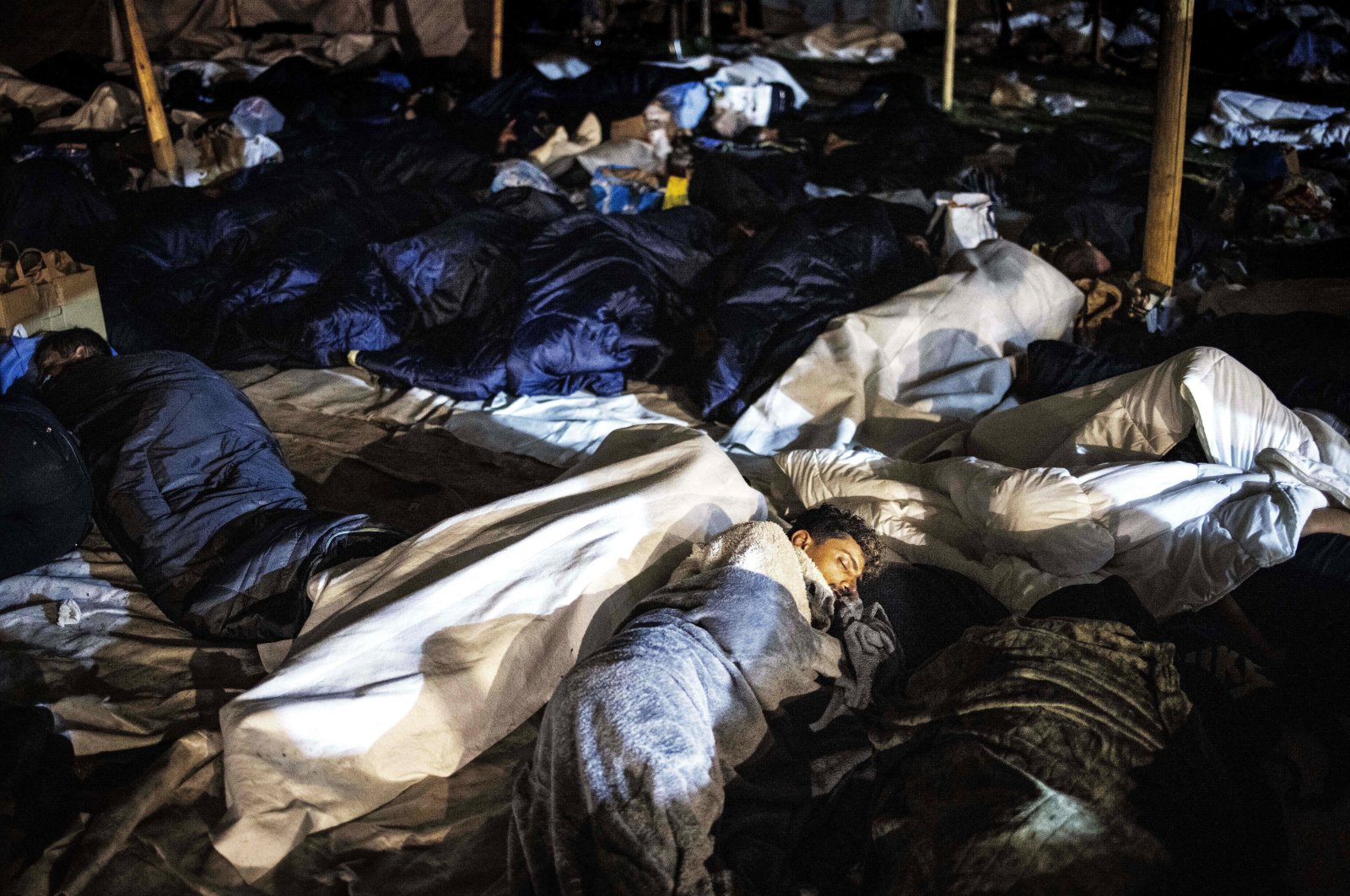 Tuthorities moved 150 migrants Thursday night from an overcrowded center for asylum-seekers in the northeastern Netherlands to two sports halls in a central city, alleviating the suffering of some of the people who have been camped in the open air in sweltering summer temperatures.

The city of Apeldoorn announced Friday that it had provided short-term accommodation to ease the crisis and that the asylum-seekers would move on after four days to another location.

Hundreds of migrants have been sleeping outdoors in squalid conditions just outside the small village of Ter Apel because the asylum center there is too full to house them, drawing comparisons to overcrowded migrant camps on Greek islands.

Protests raged and politicians promised aid, but hundreds of migrants spent another night sleeping outside an overcrowded Dutch asylum center, as pressure grows on the government to solve the issue.

Aid organizations say the hygiene conditions in the vicinity of the center near the village of Ter Apel, which lies on the border with Germany, have been unacceptable for weeks.

The Cabinet is currently “busy with nothing else,” said Prime Minister Mark Rutte late on Thursday, according to the ANP news agency. He described the situation in Ter Apel as “terrible.”

Late on Thursday, the Central Office for the Reception of Asylum Seekers (COA) took about 150 refugees from around Ter Apel to Apeldoorn, 150 kilometers (93 miles) away, where they were accommodated in sports halls. After four days, they are to move into accommodation in Doetinchem in the south of the Netherlands.

Meanwhile, the European Commission has called on the Netherlands to thoroughly investigate the death of a three-month-old baby in Ter Apel, ANP reported. The child died on Wednesday in a gymnasium set up as an emergency shelter.

According to ANP, an EU spokesperson said officials were aware of the “challenging situation in the Netherlands’ reception centre” and were ready to support the country.

Several hundred people – residents of Ter Apel as well as from other places in the north of the Netherlands – protested on Thursday against the “overburdening” of the community by the asylum center.

The cause of the crisis is not a large influx of refugees.

Frank Candel, president of the Dutch Refugee Agency, has blamed budget cuts at the Immigration Service and the closure of asylum centers, which have led to a lack of accommodation and an increase in application processing times.

Who will win control of Congress?