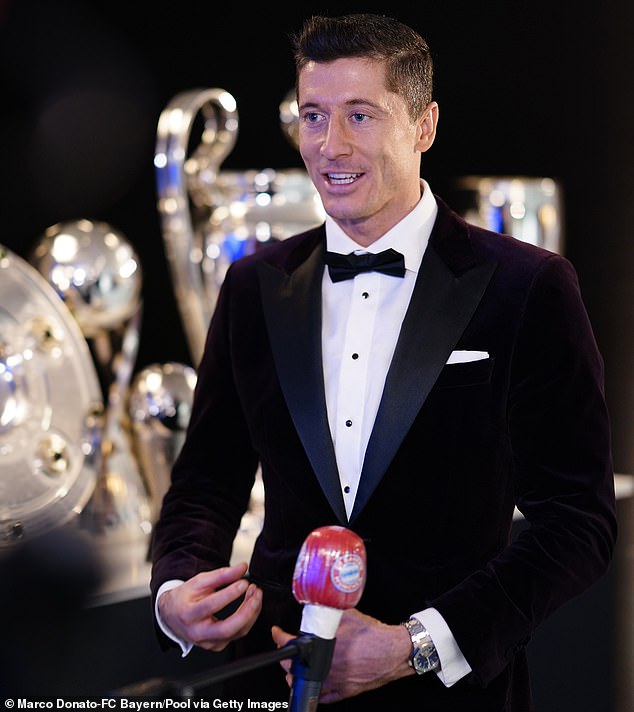 Police said they had recovered Robert Lewandowski’s watch, stolen as the star striker signed autographs before a Barcelona training session.
The incident occurred on Thursday afternoon when the 33-year-old striker, who joined from German club Bayern Munich in July, arrived at training and stopped in front of fans for autographs, Catalan police told AFP Friday.
A young man approached and snatched the watch from the player’s wrist.
Spanish media reported the watch was a Patek Phillippe worth 70,000 euros ($70,300) and that Lewandowski climbed back in his car and gave chase but lost the thief.
The police were alerted at 4:30 p.m. local time (1430 GMT) and within an hour they had caught the 19-year-old, who was hiding in the bushes around the stadium. They recovered the watch which was nearby.
He was arrested for “robbery with violence,” the police said. They explained that even though Lewandowski was not hurt, taking the watch off his body was considered violent.

After their victory at San Sebastián, Barçelona maintained their second-place position...