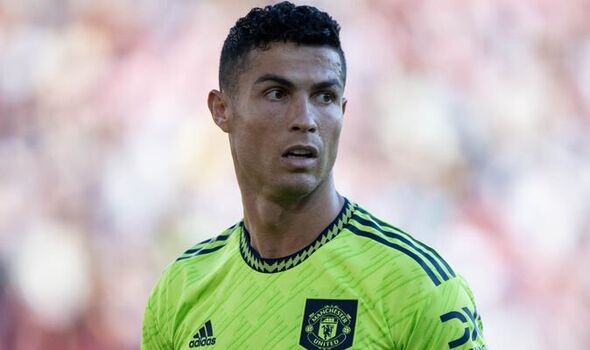 Cristiano Ronaldo has been cautioned by British police after footage emerged of the Manchester United forward appearing to smash a phone out of an Everton fan’s hand at a match last season.
The 37-year-old was interviewed by officers in relation to an allegation of assault and criminal damage following the incident at Goodison Park on April 9.
Merseyside Police launched an investigation after a clip was circulated online of Ronaldo appearing to knock the supporter’s mobile phone on to the ground as he limped toward the tunnel following United’s 1-0 loss.
The force said in a statement on Wednesday: “We can confirm that a 37-year-old man voluntarily attended and was interviewed under caution in relation to an allegation of assault and criminal damage.
“The allegation relates to an incident following the Everton v Manchester United football match at Goodison Park on Saturday April 9.
“The matter has been dealt with by way of conditional caution. The matter has now concluded.”

It has been reported Ronaldo wants to play Champions League football, but United maintain he is not for sale and remains an integral part of the plans of new boss Erik ten Hag.
The former Real Madrid star played the full 90 minutes of United’s 4-0 defeat at Brentford on Saturday, which left them bottom of the Premier League.
In a reply to a fan account on Instagram that referred to a report linking the United frontman to Atletico Madrid, Ronaldo said fans would “know the truth” in a couple of weeks, adding: “The media is telling lies.”