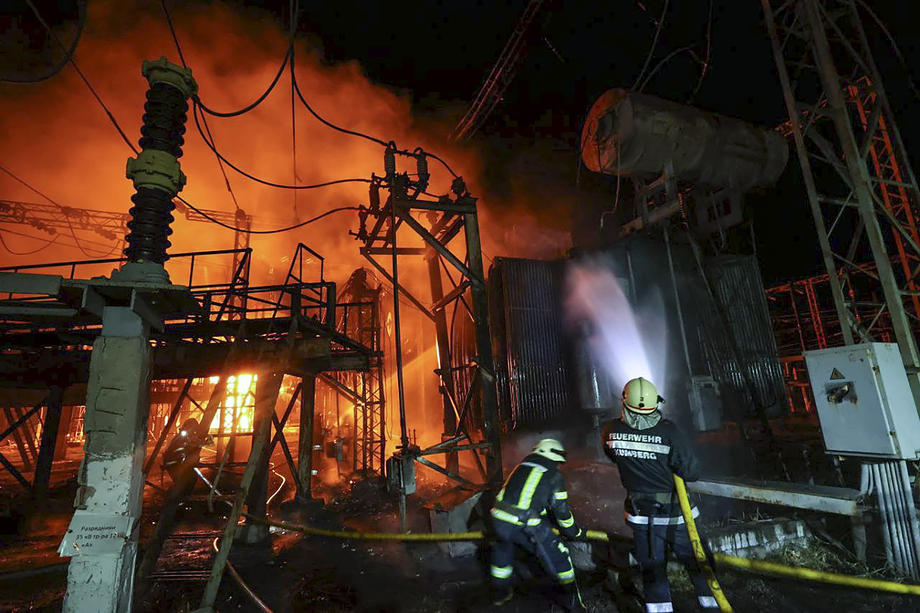 Russia targeted power grids in central Ukraine overnight as Ukraine boosted its military force near the border with Belarus to counter any possible Russian attack. Follow our liveblog for the latest developments. All times are Paris time (GMT+2).

The UN’s nuclear watchdog will this week carry out an “independent verification” of Russian allegations concerning the production of so-called ‘dirty bombs’ at two sites in Ukraine, it said on Thursday.

9:43pm: UN says ‘not aware’ of any biological weapons program in Ukraine

The United Nations is “not aware” of any biological weapons program in Ukraine, a disarmament official said Thursday after Russia accused the United States of “biological weapons” there and called on the UN to investigate.

“We are aware that the Russian Federation has filed an official complaint… regarding allegations of biological weapons programs in Ukraine,” Adedeji Ebo, the UN’s Deputy High Representative for Disarmament Affairs told the Security Council.

“The United Nations is not aware of any such biological weapons programs,” he said, noting that the UN also had no mandate or technical capacity to investigate.