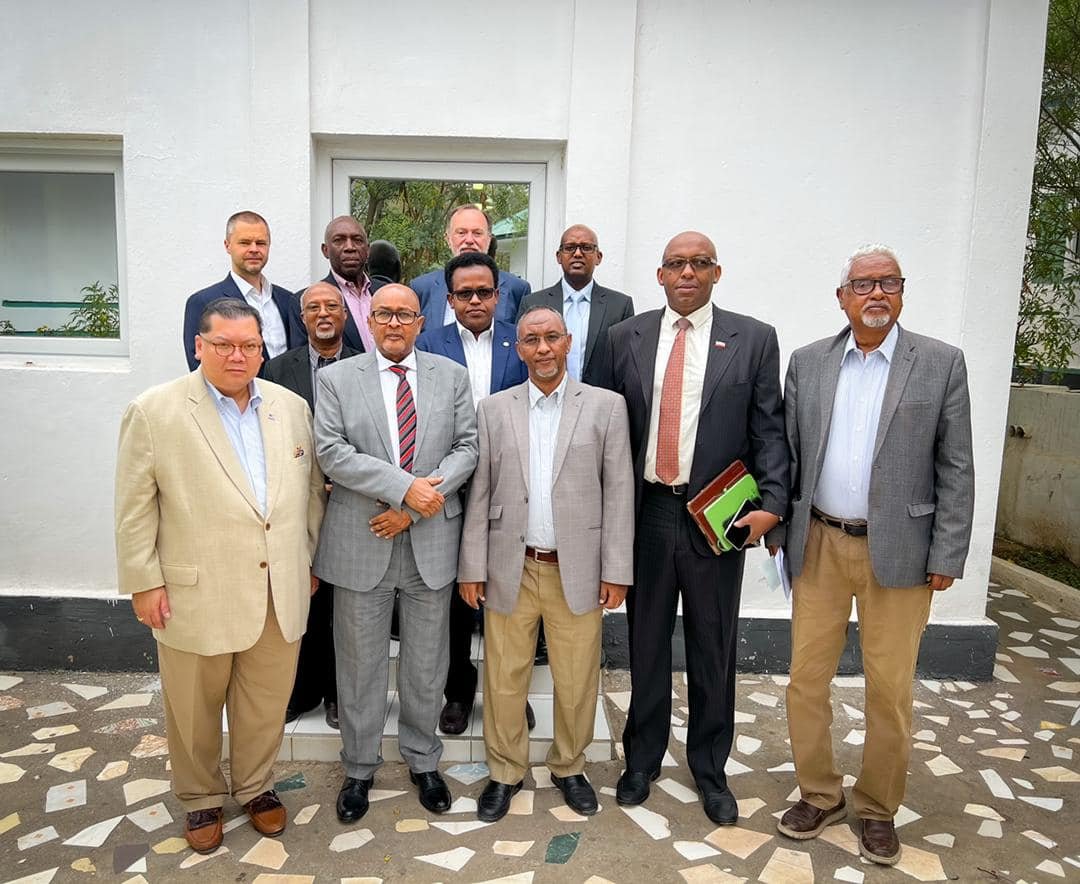 An American delegation visiting Somaliland today met separately with the leaders of the two national parties UCID and Waddani in Hargeisa.

“Today we met with a delegation from the United States said to be friends of Somaliland, we welcomed the delegation, thanked them for their efforts in seeking recognition for Somaliland. We also briefed them on the country’s current situation and our commitment in finding a solution.” Hirsi said.

UCID party chairman Eng. Faisal Ali Warabe, together with party officials, also today held a meeting with the former US diplomats, military officers and the officials from Heritage Foundation Academy who are on an unspecified trip in Hargeisa for the last few days.

The UCID party discussed the political situation in the country, especially the presidential election issues and the mass prodemocracy rallies in Somaliland on August 11, 2022 with the delegation.

On the other hand, Peter Pham, one of the delegation, described the meetings with the National parties as fruitful.

This delegation is reportedly lobbying for Somaliland in the U.S. and previously facilitated President Muse Bihi’s trip to the United States. 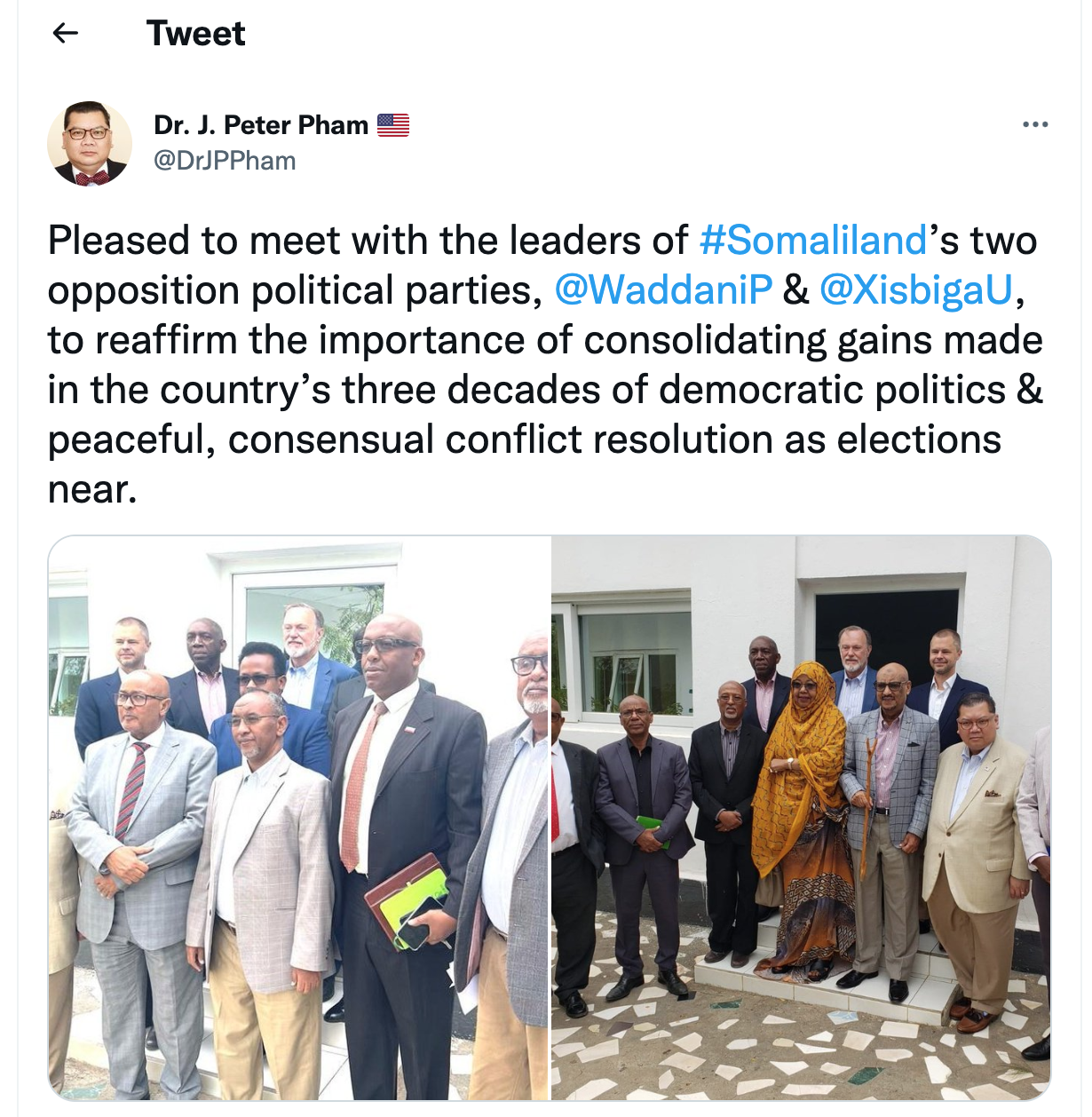