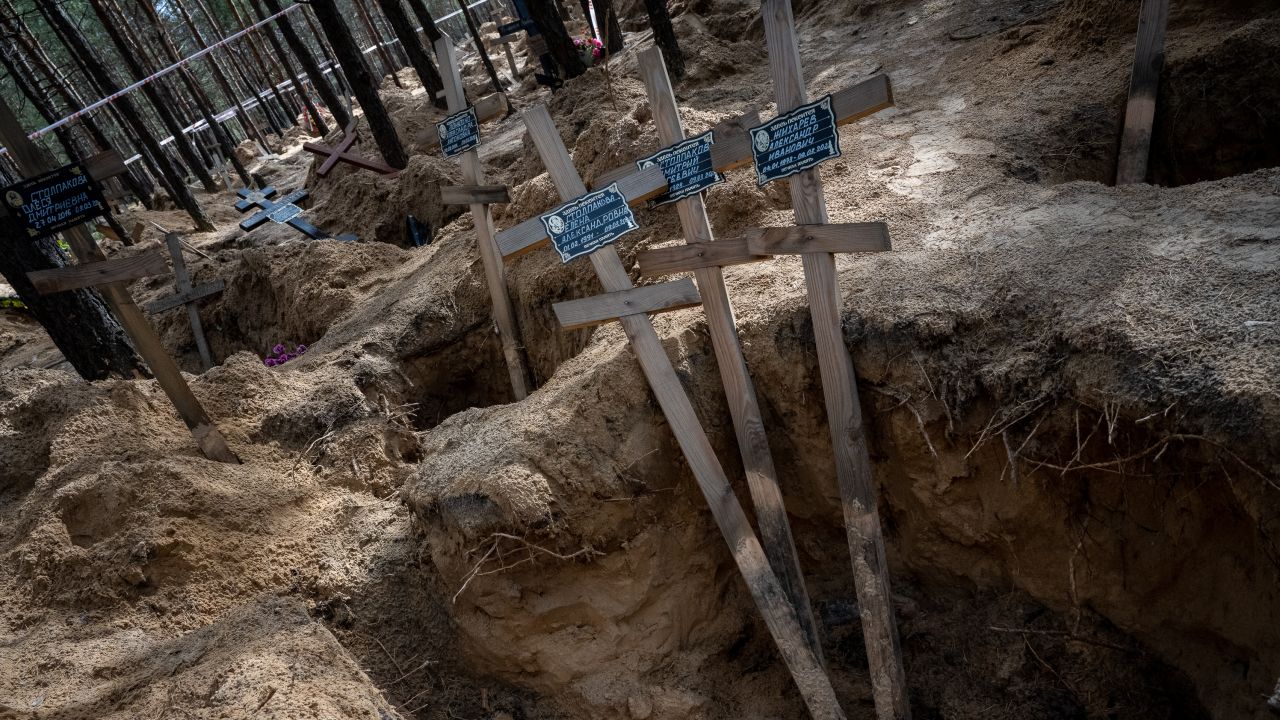 Mykhailo Yatsentiuk left the basement to make tea for his granddaughter just as the bomb struck. When he came to his senses a half hour later the entire middle section of his apartment block had been destroyed; the basement where he had been sheltering with his family and neighbors was engulfed in flames.

The Ukrainian government says 54 people died at the apartment complex on 2 Pershotravneva street in Izium, eastern Ukraine, on March 9, almost half of the building’s residents. Entire families were killed in the attack, including the Yatsentiuks, Kravchenkos and Stolpakovas.

Their fates remained largely unknown until a few weeks ago when Ukrainian forces pursuing a counter-offensive reclaimed Izium after six months of Russian occupation, revealing a mass burial site on the outskirts of the city.

Most of the residents of 2 Pershotravneva were buried there among more than 400 graves, few with identifying marks other than numbers daubed on rough wooden crosses.

After speaking to a survivor, ex-residents and family members, and reviewing photos and video taken in the aftermath of the attack and following the town’s liberation, CNN can now tell the story of what happened at 2 Pershotravneva on that day.

Sunak could be PM as early as today