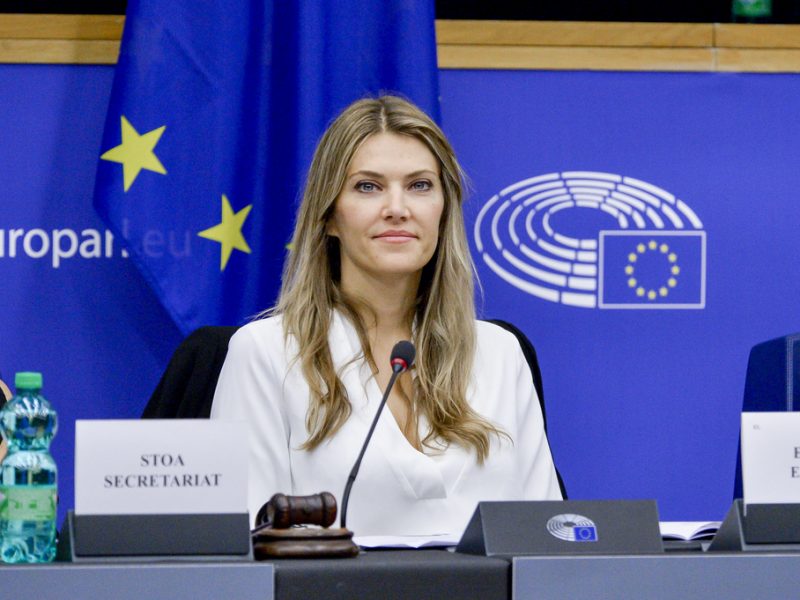 The European Parliament removed from office the vice-president of the institution, Eva Kaili, who was arrested as part of a corruption investigation.

The institution thus took the first step in an attempt to restore confidence in itself amid allegations of corruption linked to the host of the FIFA World Cup, Qatar. In a first reaction since she was charged, her lawyer said Kaili was innocent and had “nothing to do with Qatari bribes”.

But while the 44-year-old former TV presenter waited in a cell in a Brussels prison, her colleagues in the Strasbourg parliament had to vote to strip her of her vice-presidential powers. The Speaker of the Parliament – the Maltese conservative Roberta Metsola, called the leaders of the political groups and called on the MEPs to vote “in favor” the early termination of Kaili’s mandate.

On Wednesday, a Belgian judge will decide whether to keep her and the other three accused in custody until the trial begins.

Belgian prosecutors reported that 600,000 euros were found in the home of one of the suspects, 150,000 euros in the apartment of an MEP, and several hundred thousand euros in a suitcase in a hotel room.

According to a court source, some of those “bags of money” were found at Kaili’s home, leading the judge to conclude that since she was clearly caught in the act, her parliamentary immunity would not apply.

Qatar is a key supplier of energy to Europe. But it has also been criticized for the alleged mistreatment of migrant workers, most famously the builders of World Cup stadiums.

Kaili visited Qatar just before the start of the championships and called it a “champion in the field of labor rights”. She also defended Qatar’s bid to fight for EU visa waivers for its citizens.

Qatar denies involvement in European corruption. “Any allegations of wrongdoing by the State of Qatar are serious misinformation,” an official told AFP.

Kaili’s lawyer, Michalis Dimitrakopoulos, told the private Greek television channel Open TV: “Her position is that she is innocent. She has nothing to do with Qatar’s bribes.”

Asked if cash was found at Kaili’s home, Dimitrakopoulos said: “I’m not confirming or denying. There is confidentiality. I have no idea if any money was found or how much was found.”

Brussels has been shaken by the allegations, and Metsola, who defends the integrity of parliament, is trying to present the alleged bribes as an attack on democracy.

Some MEPs expect new revelations. “I fear that what we see here is only the tip of the iceberg,” warned German Social Democrat Rene Repasi.

Kaili is one of six people arrested during the Belgian police raids. Four were accused of “criminal organization, corruption and money laundering” and two were released.

One of those released is Luca Visentini, general secretary of the International Trade Union Confederation (ITUC), a global workers’ organization that has been pushing Qatar to respect labor rights.

“If additional allegations are made, I look forward to the opportunity to refute them as I am innocent of any wrongdoing,” is said in a statement issued by the ITUC.