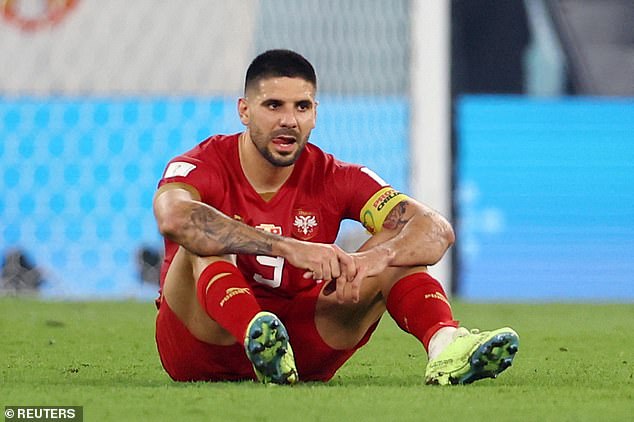 Switzerland’s World Cup journey continues after they came from behind to beat Serbia 3-2 in a crazy five goal thriller marred by crowd trouble.

Victory for Switzerland confirmed their passage into the Round of Sixteen for the third successive World Cup, where they will face Portugal, whilst Serbia depart the tournament bottom of Group G.

Switzerland came into their final Group G encounter knowing that, if Cameroon failed to beat group winners Brazil, then they would be progressing to the Round of Sixteen for the third consecutive World Cup.
The Swiss came into their final Group G encounter in second place, knowing that a draw would be enough to proceed. Serbia, who sat bottom of the group with one point, knew only a win would do for them.

After Dragan Stojkovic’s Serbia dictated the early flow of the game, it was the Swiss that struck the first blow of the match to take the lead twenty minutes in.

Ricardo Rodriguez’s low cross was cleared only as far as Djibril Sow, the midfielder immediately teed up Xherdan Shaqiri who, via a deflection, fired past Milinkovic-Savic for his twenty-sixth goal for his country to silence the Serbian supporters.

But it didn’t take long for Serbia to respond, and they levelled the match seven minutes later through Aleksandar Mitrovic.

Dusan Tadic was afforded too much time on the Switzerland right-hand side and was able to execute a superb cross onto the head of the oncoming Mitrovic, who delicately flicked the ball past goalkeeper Gregor Kobel into the side netting.

The game was suddenly turned on its head as the Eagles took the lead in the 35th minute.

A loose ball after a mistake from Shaqiri fell to the feet of Juventus striker Dusan Vlahovic, and the forward repaired the faith shown in him by his manager as he spun and fired into the bottom corner to give the Serbian’s a deserved lead.
This topsy-turvy encounter took another twist as Switzerland found themselves back on level terms on the stroke of half-time.
The Swiss were able to work the ball out to the right-hand side, fullback Silvan Widmer was afforded too much time before firing across the box to the on-rushing Breel Embolo, who tapped in for his second of the tournament.

The drama didn’t stop there as three minutes after the break, the Rossocrociati were back in front. Remo Freuler was able to get onto Ruben Vargas’ deft flick before sending Milinkovic-Savic the wrong way and sliding the ball into the bottom right corner to the raptures of the Swiss supporters.

There were calls for a Serbian penalty midway through the second-half after Mitrovic believed he was fouled by Fabian Schar, but referee Fernando Rapallini waived away all appeals, to the disbelief of the Serbian bench.

In the seventy-seventh minute, a PA announcement came on around the Stadium 974, warning fans about the chanting of discriminatory and political language from within the stands, this was after a crowd of stewards proceeded towards a group of fans early into the second half.

This was the first incident of such crowd behaviour to happen so far this World Cup, which up until now had been praised for the well-behaved nature behaviour of fans, after previous concerns before the tournament.

The PA announcement was in response to apparent monkey chants that could be heard from certain section of the stands, which put a dampener on what had been an excellent game of football. This incident had certainly soured the hot-contested affair between these two sides.

Despite late pressure from the Eagles, Switzerland hung on for all three points and qualification for the knockout stages, where they will face Group H winners Portugal. 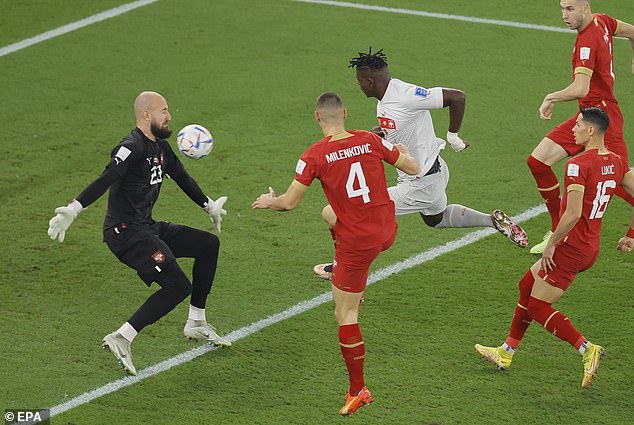 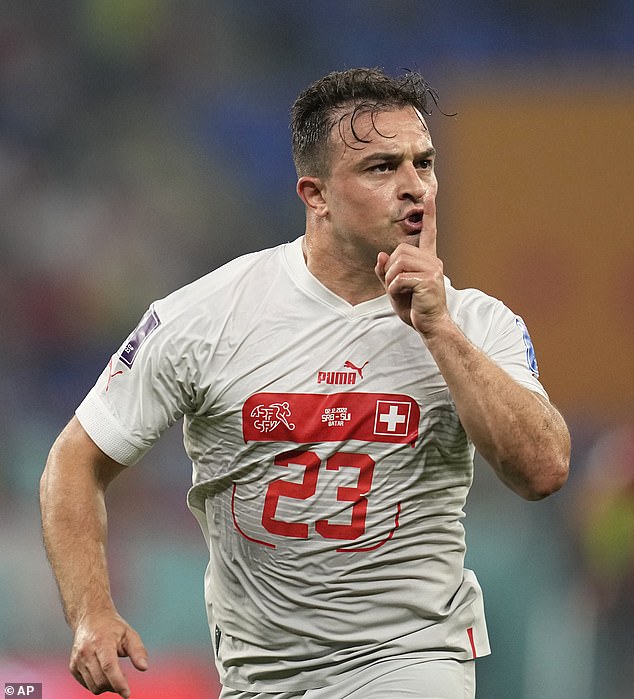 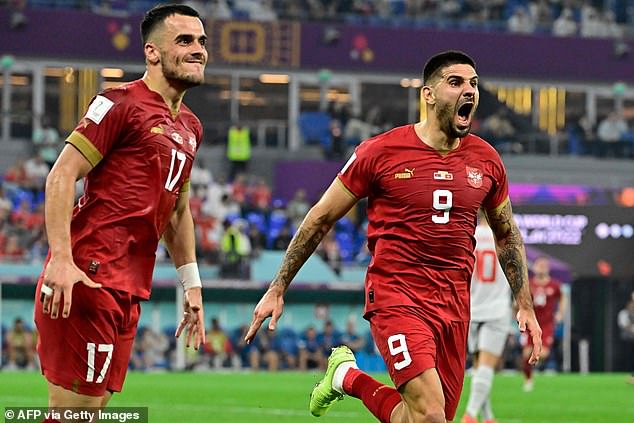 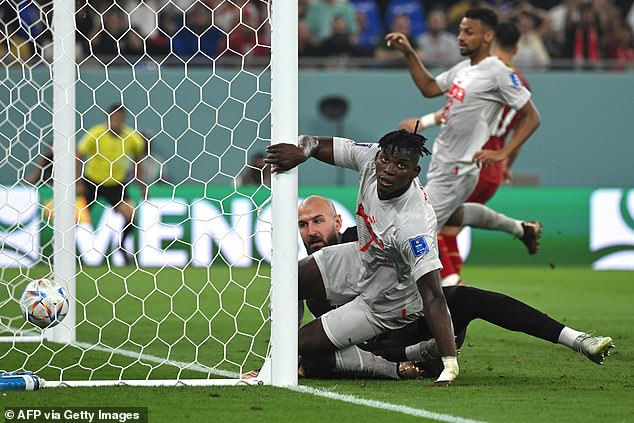 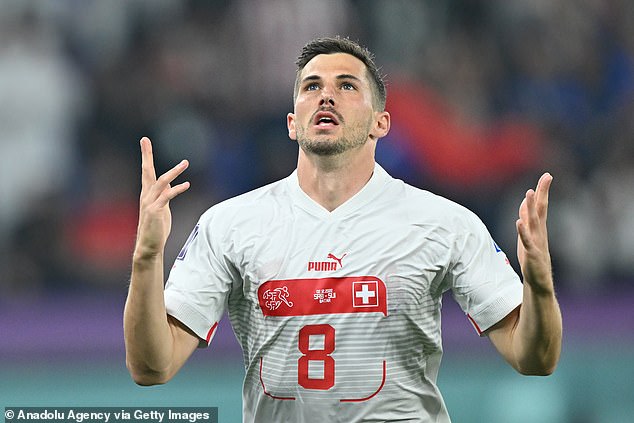 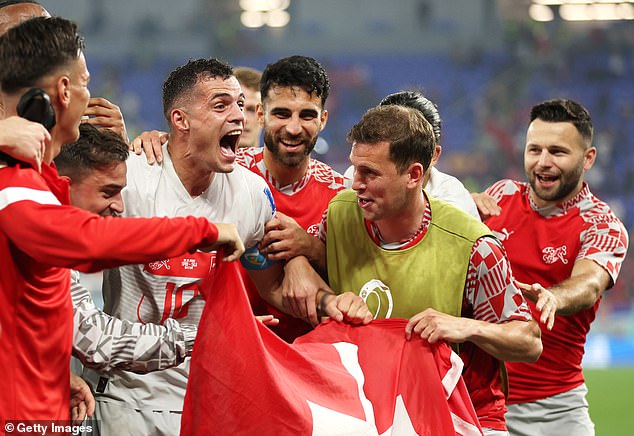 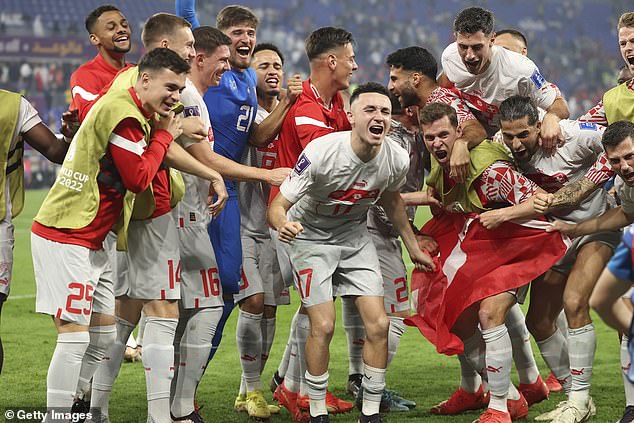 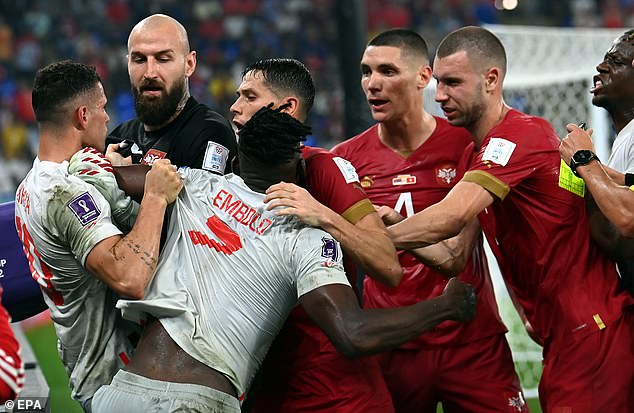 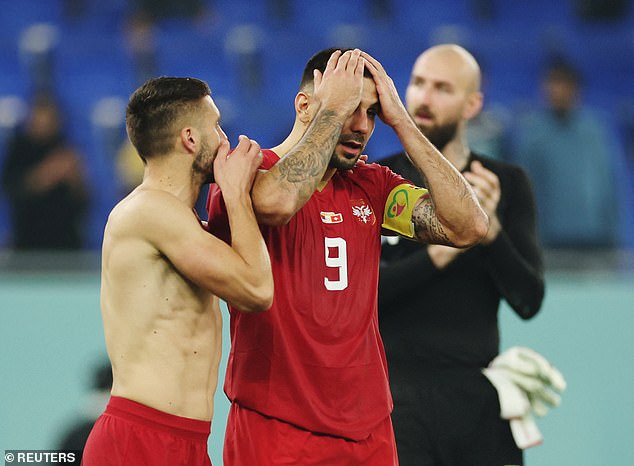 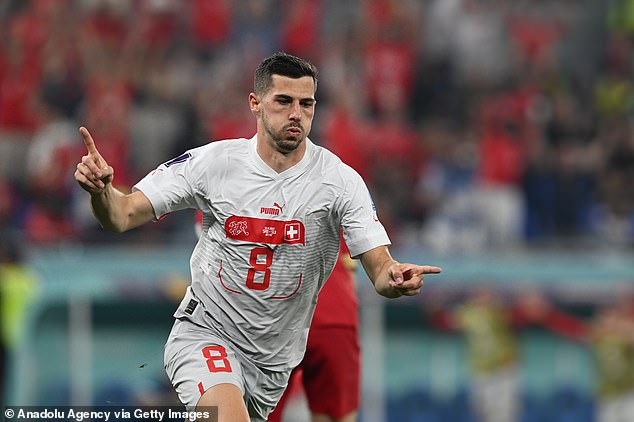 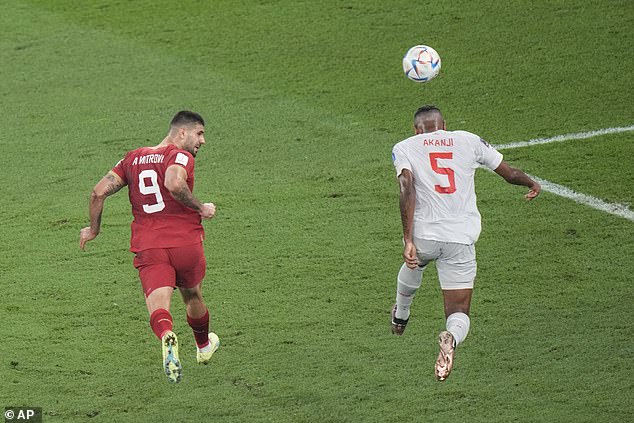 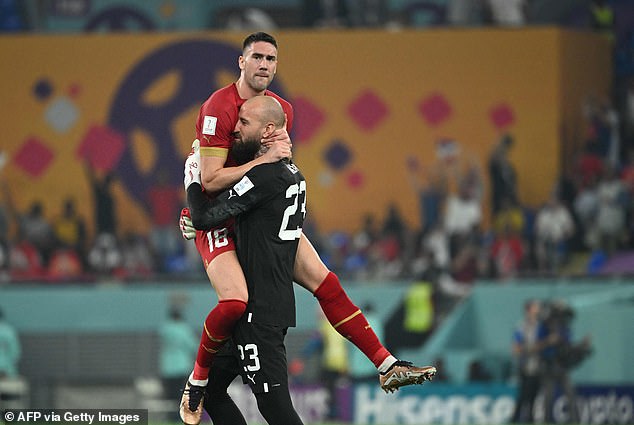 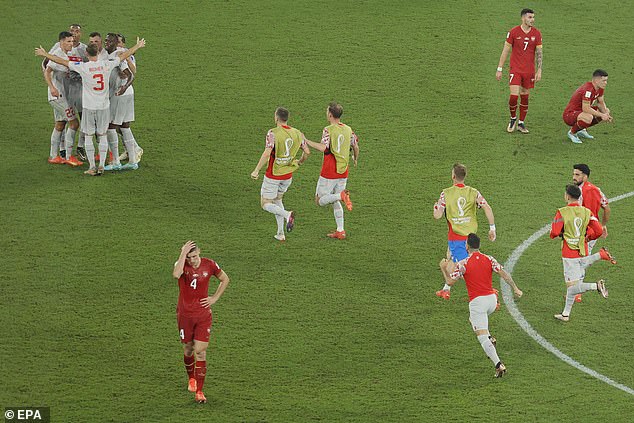 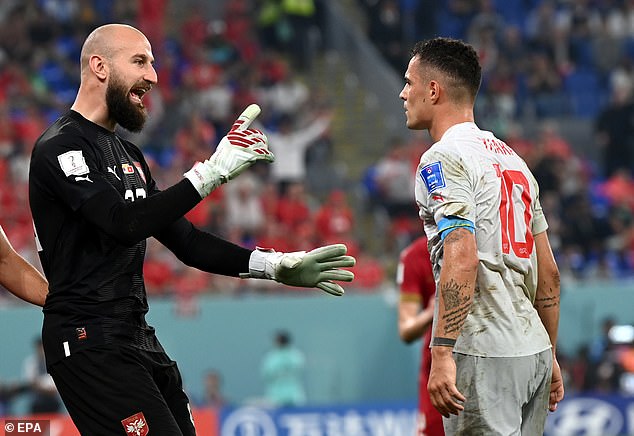