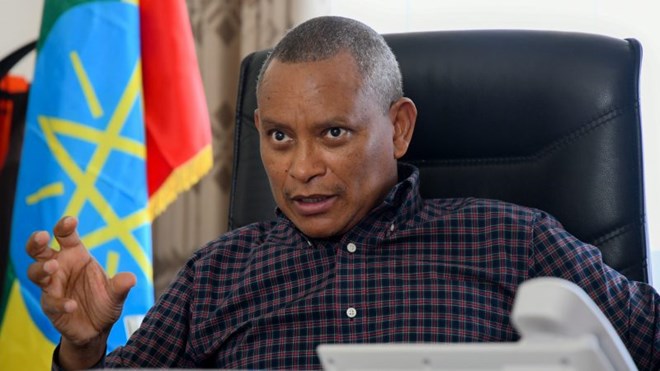 Ethiopia’s Tigray rebels said Sunday they were ready for a ceasefire and would accept a peace process led by the African Union, removing an obstacle to negotiations with the government to end almost two years of brutal warfare.

The announcement was made amid a flurry of international diplomacy after fighting flared last month for the first time in several months in northern Ethiopia, torpedoing a humanitarian truce.

“The government of Tigray is prepared to participate in a robust peace process under the auspices of the African Union,” said a statement by the Tigrayan authorities.

“Furthermore, we are ready to abide by an immediate and mutually agreed cessation of hostilities in order to create a conducive atmosphere.”

The Ethiopian government has previously said it was ready for unconditional talks “anytime, anywhere,” brokered by the Addis Ababa-headquartered AU.

AU Commission chief Moussa Faki Mahamat issued a statement welcoming the development as a “unique opportunity towards the restoration of peace” and urged “both parties to urgently work towards an immediate ceasefire, engage in direct talks”.

UN Secretary-General Antonio Guterres called in a statement for “the parties to seize this opportunity for peace and to take steps to end the violence definitively and opt for dialogue.”

He said the United Nations is ready to support the AU-led peace process.

The TPLF statement, which coincided with Ethiopia’s new year, made no mention of preconditions, although it said the Tigrayans expected a “credible” peace process with “mutually acceptable” mediators as well as international observers.

TPLF leader Debretsion Gebremichael earlier this month proposed a conditional truce calling for “unfettered humanitarian access” and the restoration of essential services in Tigray, which is suffering food shortages and a lack of electricity, communications and banking.

In a letter to Guterres, he also called for the withdrawal of Eritrean forces from across Ethiopia, and for troops to pull out of western Tigray, a disputed region claimed by both Tigrayans and Amharas, the country’s second-largest ethnic group.

Debretsion had disclosed last month that two rounds of confidential face-to-face meetings had taken place between top civilian and military officials, the first acknowledgement by either warring side of direct contacts.

The AU’s Faki had held talks Saturday with both Obasanjo, the former Nigerian president, and visiting US envoy for the Horn of Africa, Mike Hammer.

“May the parties in the conflict have the courage to choose talks over fighting, and participate in an African Union-led process that produces a lasting peace,” Hammer said in a new year’s message for Ethiopians on Sunday.

Fighting has raged on several fronts in northern Ethiopia since hostilities resumed on August 24, with both sides accusing the other of firing first and breaking a March truce.

The latest combat first broke out around Tigray’s southeastern border but has since spread to areas west and north of the initial clashes, the TPLF accusing Ethiopian and Eritrean forces of having launched a massive joint offensive on Tigray on September 1.

The United Nations said on Thursday that the renewed fighting had forced a halt to desperately needed aid deliveries to Tigray, both by road and air.

The March truce had allowed aid convoys to travel to Tigray’s capital Mekele for the first time since mid-December.

Untold numbers of civilians have been killed since the war erupted in Africa’s second most populous country, and millions of people across northern Ethiopia are in need of emergency aid.

Abiy, a Nobel Peace laureate, sent troops into Tigray in November 2020 to topple the TPLF in response to what he said were attacks by the group on federal army camps.

The TPLF recaptured most of Tigray in a surprise comeback in June 2021 and expanded into Afar and Amhara, before the fighting reached a stalemate. 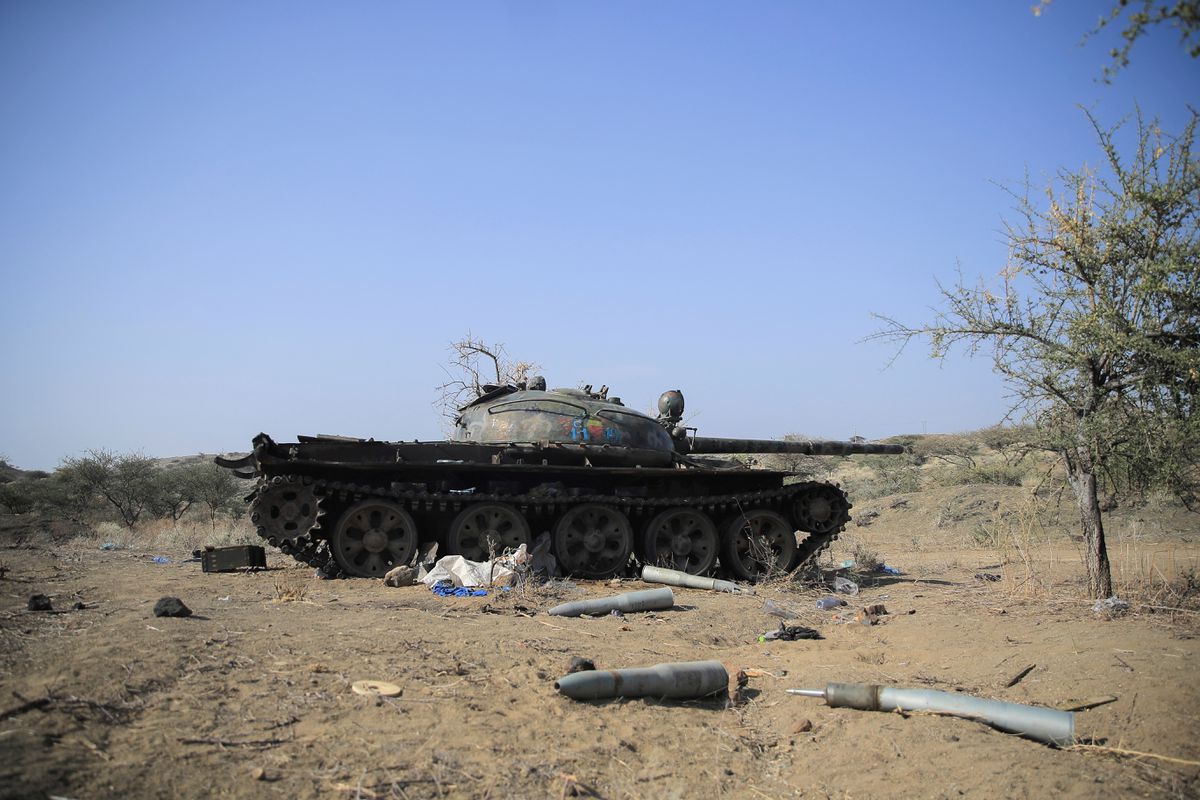 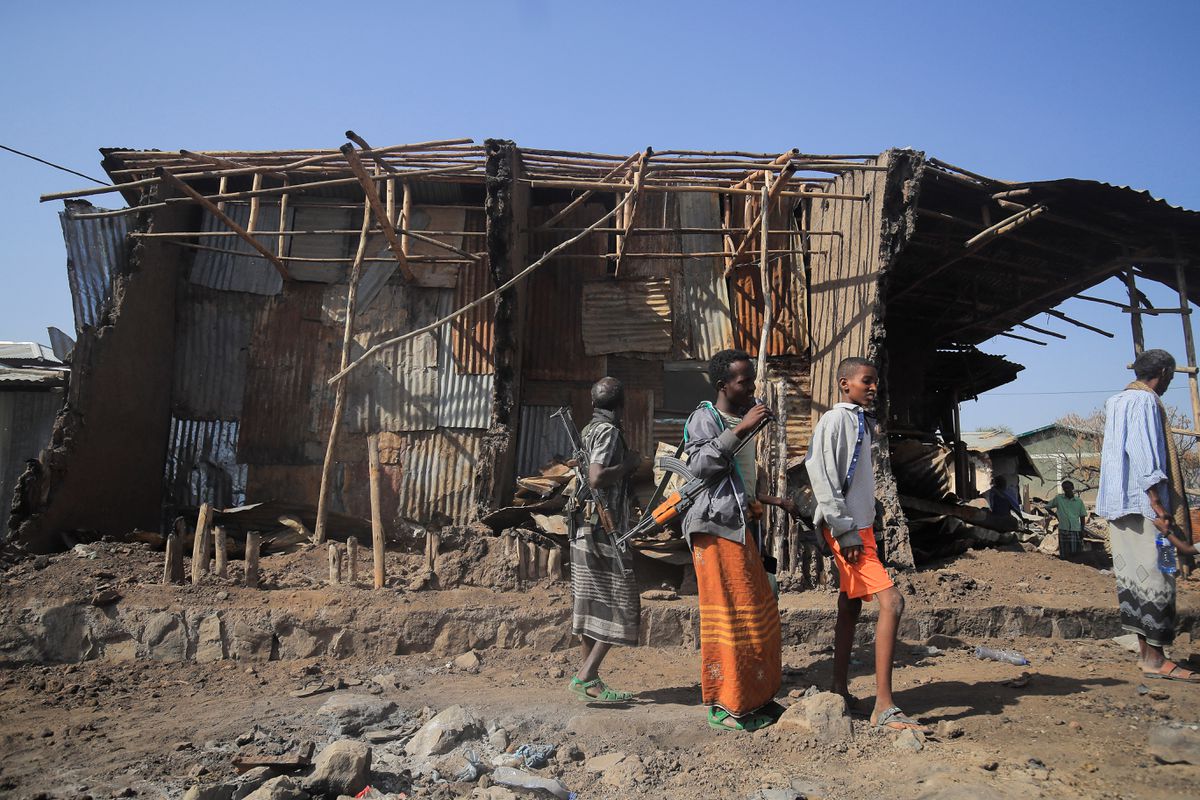 King Charles III, will be the new monarch