Opposition politicians in Turkey expressed their fury at a law passed by Turkey’s parliament on Thursday which critics claim will further tighten press and social media freedoms in the country.

In a surprising act of protest, opposition MP Burak Erbay smashed his mobile phone with a hammer during a speech to the National Assembly to denounce the bill which claims to combat fake news and “online disinformation”.

The EU has expressed concerns that the bill, proposed by President Recep Tayyip Erdoğan, will be used to crack down on independent reporting.

“We fear that it may further curtail freedoms, freedom of expression and independent media in Turkey,” said European Commission spokesperson Peter Stano. “We are also particularly concerned about the provision of the law that stipulates imprisonment for the crime of disinformation”.

Under the new law, social media networks and internet sites have to release details of users suspected of “propagating misleading information”, while the accused can be handed prison sentences of up to three years.

It prohibits people from spreading “false information about the internal and external security, public order and general wellbeing of the country in order to create anxiety, fear or panic among the public”.

The law was passed with the support of Erdogan’s governing AKP party and nationalist allies as the country prepares for elections in June, which will see the incumbent leader face voters frustrated by a failing economy.

“Today is yet another dark day for freedom of expression online and press freedom in Turkey,” said Guney Yildiz, Regional Researcher at Amnesty International.

“Coming on the heels of the Government’s increased control of the media over the past few years, these new measures enable them to further censor and silence critical voices ahead of Turkey’s upcoming elections and beyond, under the guise of fighting disinformation,” he added.

The new law follows legislation passed by Ankara in 2020, which forced social media platforms to obey Turkish court orders to remove content that’s reported as offensive by either individuals or the government within 48 hours. 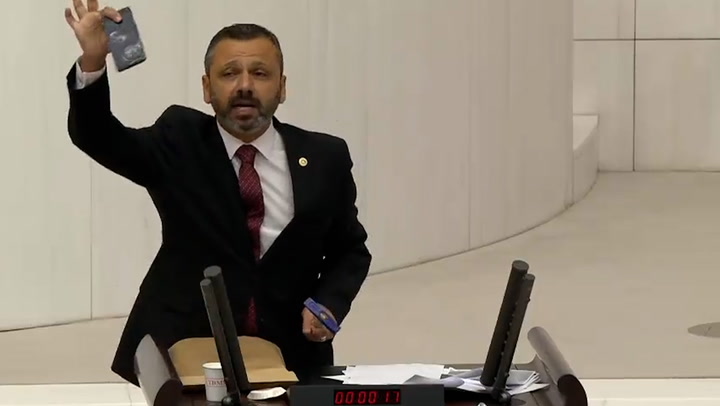