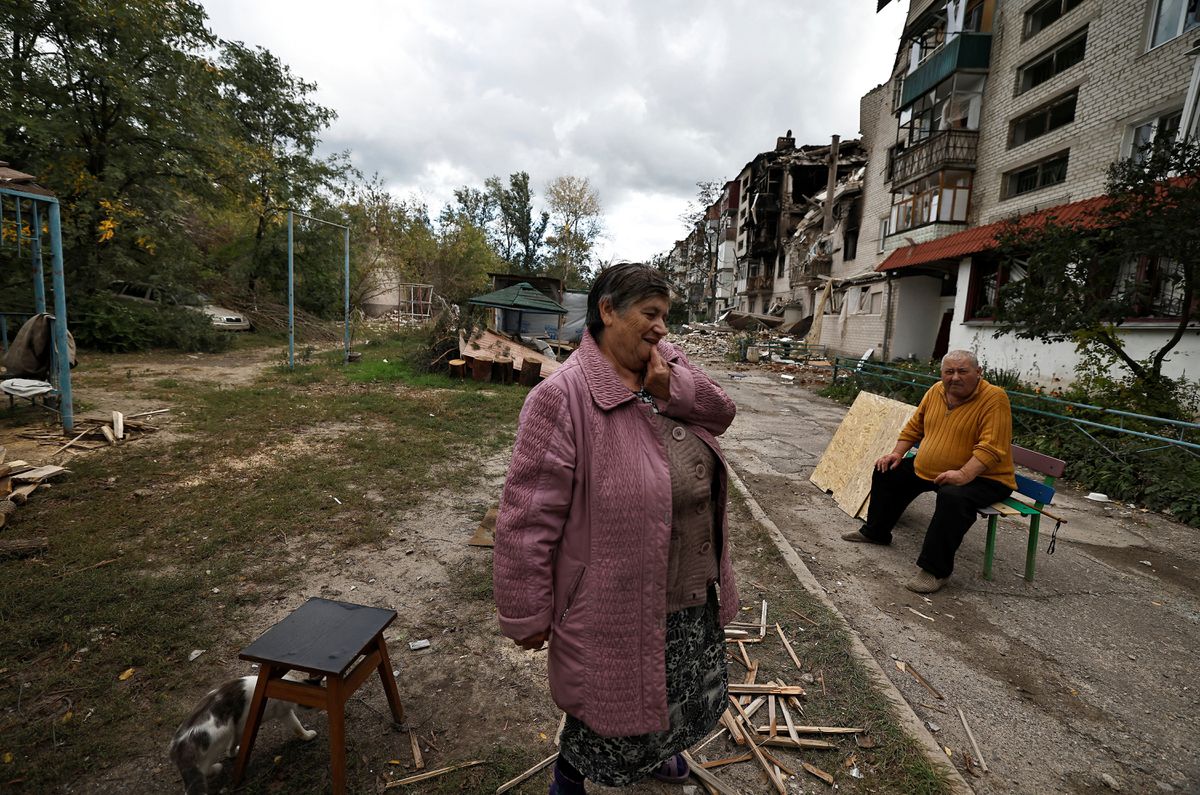 Ukrainian forces have broken through Russian defences in the south of the country while expanding their rapid offensive in the east, seizing back more territory in areas annexed by Russia and threatening its troops’ supply lines.

Making their biggest breakthrough in the south since the war began, Ukrainian forces recaptured several villages in an advance along the strategic Dnipro River on Monday, Ukrainian officials and a Russian-installed leader in the area said.

Ukrainian forces in the south destroyed 31 Russian tanks and one multiple rocket launcher, the military’s southern operational command said in a nightly update, without providing details of where the fighting occurred.

Reuters could not immediately verify the battlefield accounts.

The southern breakthrough mirrors recent Ukrainian advances in the east even as Russia has tried to raise the stakes by annexing land, ordering mobilisation, and threatening nuclear retaliation.

Ukraine has made significant advances in two of the four Russian-occupied regions Moscow last week annexed after what it called referendums – votes that were denounced by Kyiv and Western governments as illegal and coercive.

In a sign Ukraine is building momentum on the eastern front, Reuters saw columns of Ukrainian military vehicles heading on Monday to reinforce the rail hub of Lyman, retaken at the weekend, and a staging post to press into the Donbas region.

President Volodymyr Zelenskiy said Ukraine’s army had seized back towns in a number of areas, without giving details.

“New population centres have been liberated in several regions. Heavy fighting is going on in several sectors of the front,” Zelenskiy said in a video address.

Serhiy Gaidai, the governor of Luhansk – one of two regions that make up the Donbas – said Russian forces had taken over a psychiatric hospital in the town of Svatovo, a target en route to recapturing the major cities of Lysychansk and Sivierodonetsk.

“There is quite a network of underground rooms in the building and they have taken up defensive positions,” he told Ukrainian television.

In the south, Ukrainian troops recaptured the town of Dudchany along the west bank of the Dnipro River, which bisects the country, Vladimir Saldo, the Russian-installed leader in occupied parts of Ukraine’s Kherson province, told Russian state television.

“There are settlements that are occupied by Ukrainian forces,” Saldo said.

Dudchany is about 30 km (20 miles) south of where the front stood before Monday’s breakthrough, indicating the fastest advance of the war in the south. Russian forces there had been dug into heavily reinforced positions along a mainly static front line since the early weeks of the invasion.

While Ukraine has yet to give a full account of the developments, military and regional officials did release some details.

Soldiers from Ukraine’s 128th Mountain Assault Brigade raised the blue and yellow national flag in Myrolyubivka, a village between the former front and the Dnipro, according to a video released by the defence ministry.

Serhiy Khlan, a Kherson regional council member, listed four other villages recaptured or where Ukrainian troops had been photographed.

“It means that our armed forces are moving powerfully along the banks of the Dnipro nearer to Beryslav,” he said.

Russian missiles struck the northeastern city of Kharkiv killing a woman, its governor said on a messaging service, while Ukraine’s General Staff said Russian reinforcements were arriving from Siberia and Syria. 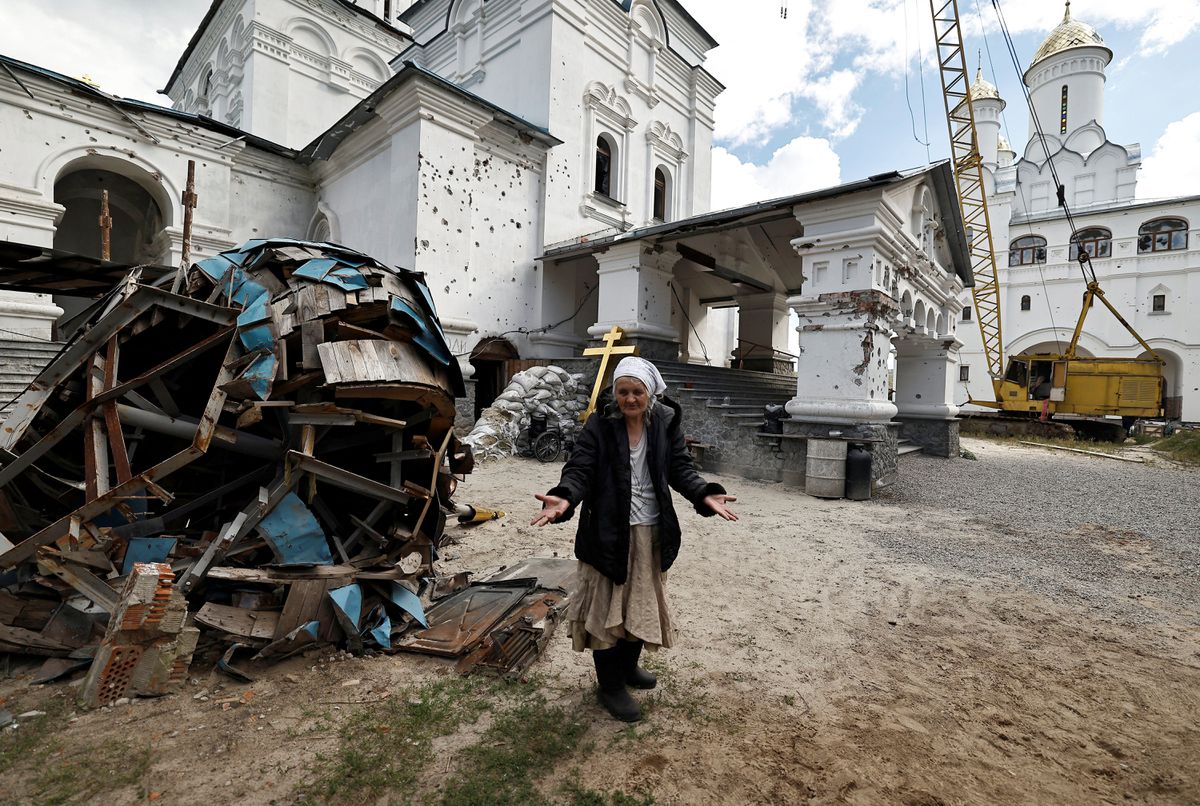 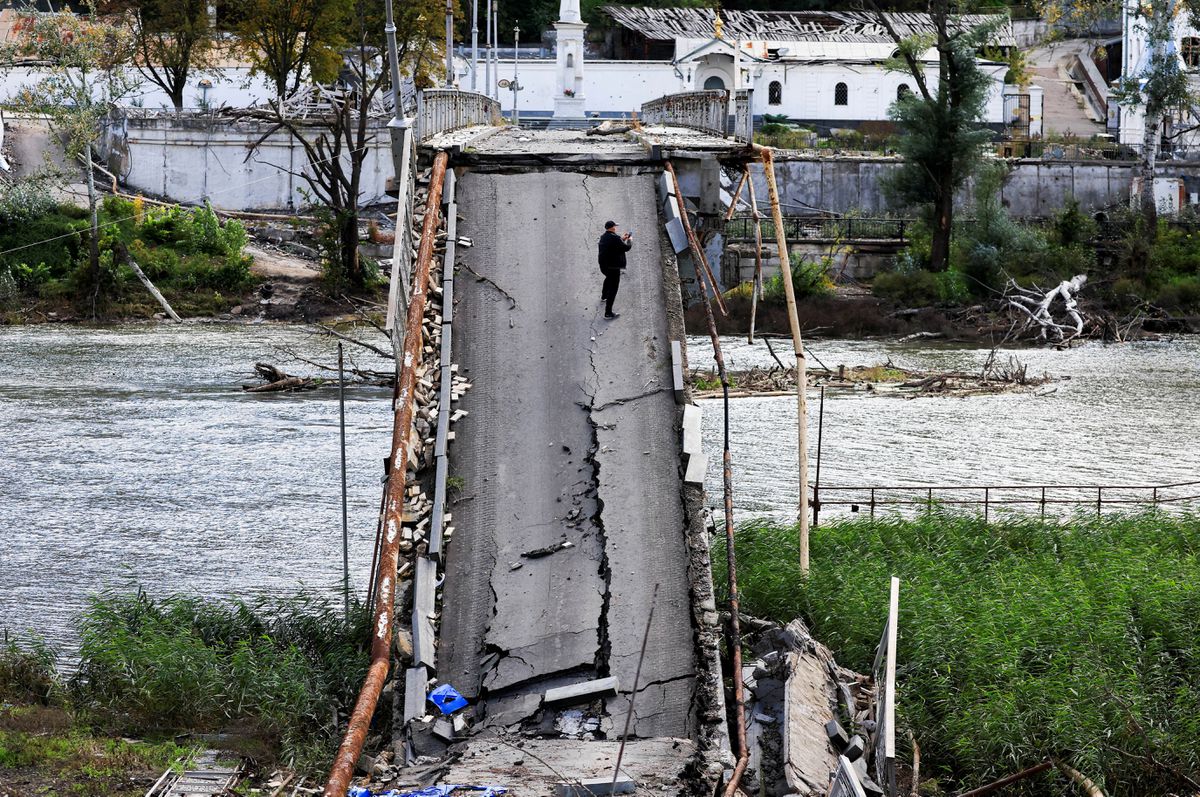 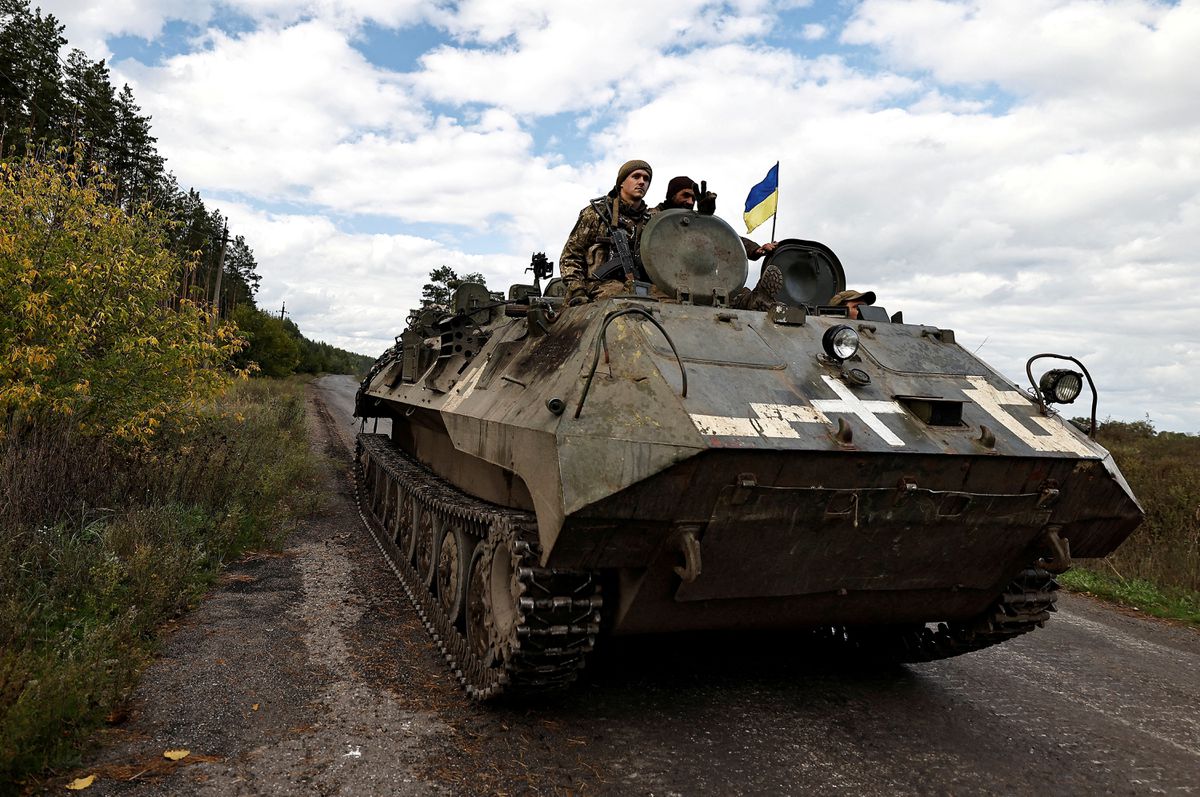 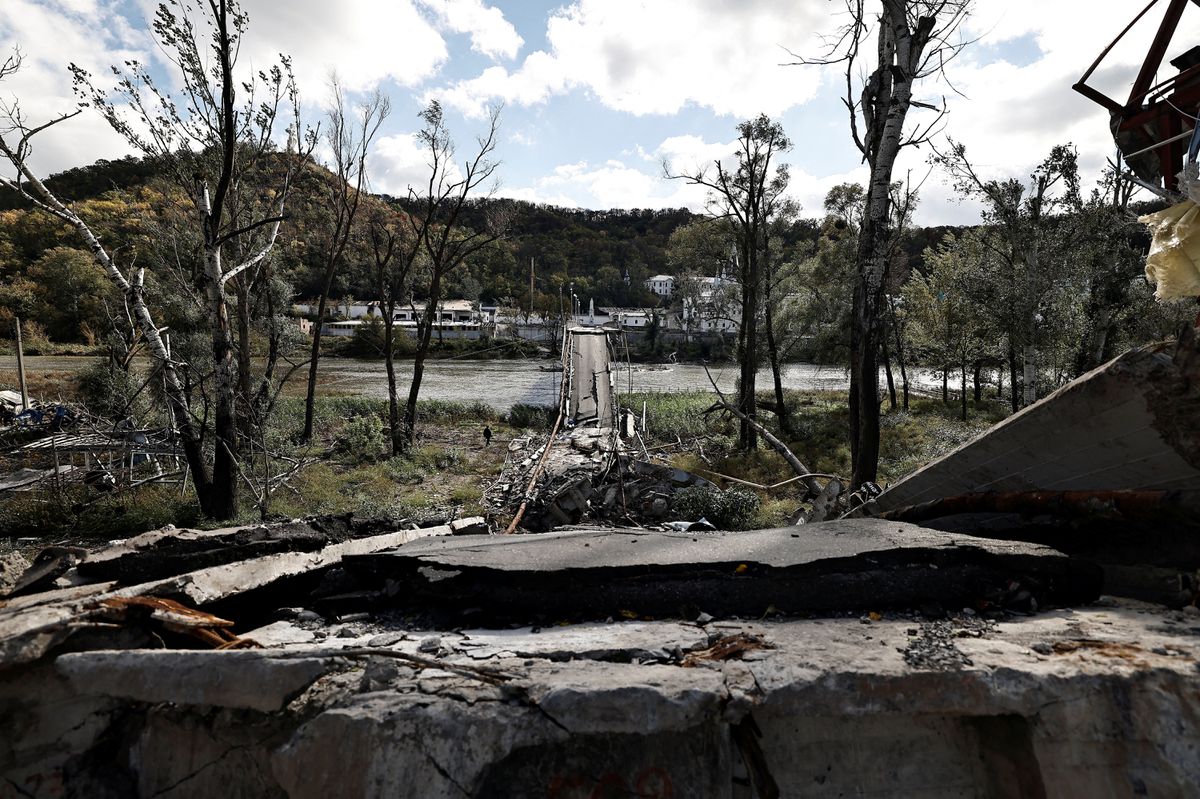